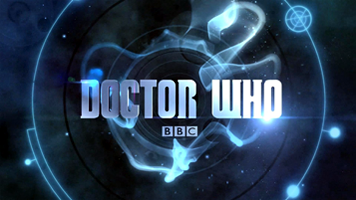 An Adventure in Space and Time (2013) – an interesting title of a film I saw on BritBox.  I became curious and read the description-of  the film, It turns out to be about the origins of the long time series Dr. Who.  Being curious I chose to watch it and find out about the sci-f-/time traveling program.

The show turned out to be the idea of BBC Head of Drama – Sydney Newman who was looking for  a program that would both appeal to kids and sports fans.  An interesting combination! He wanted the show to entertain, teach history, not be too scary, and have no robots.  The main character Newman felt has to be a wise, reassuring authority figure and who is a doctor.  This doctor travels through time in a TARDIS, that on the outside looks like a police call box but in reality is both the doctor’s ship and his time travel machine.

I have seen episodes of Dr. Who in the past and I would not have imagined until I saw An Adventure in Space and Time that Dr. Who is both educational as well as entertaining.  I have thought at times the show makes sense – a fight between good and evil; with good triumphing and other times it I have not been able to make heads or tails of it.

More current logo of BBC series Doctor Who from wikipedia.org

I think a bit differently about Dr, Who then I did previously now that I know the back story of the show. I also think it is neat that Sydney Newman trusted a woman Verity Lambert to be the producer and bring life to the show.  According to the film an a review from ING.com, the Beeb was male dominated and I found it refreshing Newman knew Lambert had to be the producer even though she had no previous experience. He let her gain it and she launched a show that has lasted over 50 years.

I will watch Black and White episodes of Dr. Who and see if perhaps what I saw and enjoyed in An Adventure in Space Time holds with the show itself.

An Adventure in Space and Time: The Origins of Dr. Who